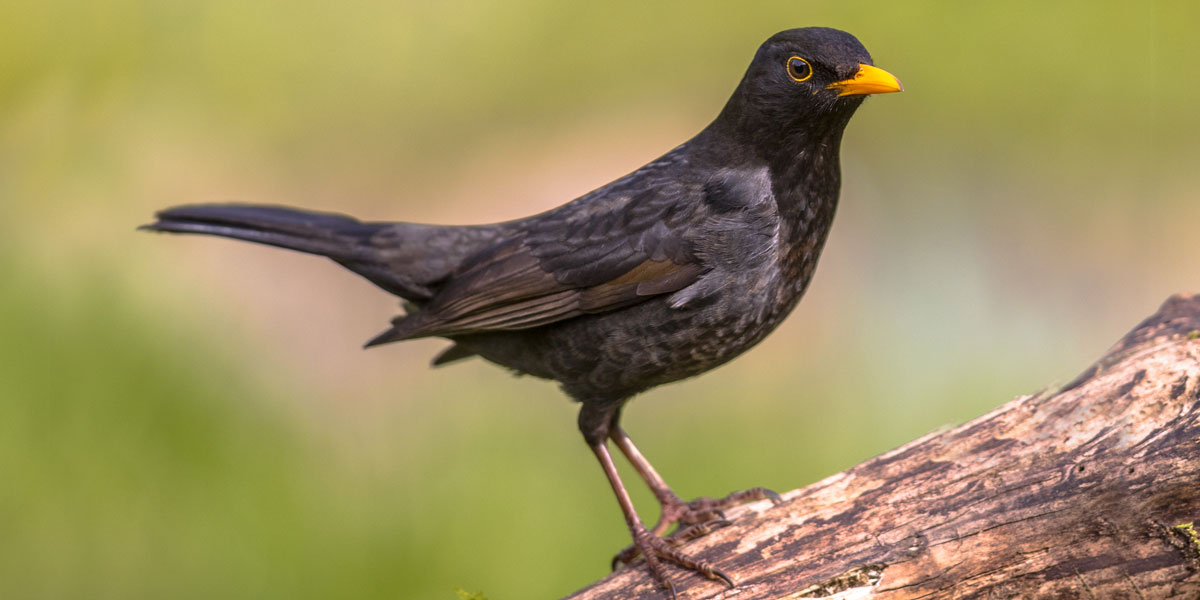 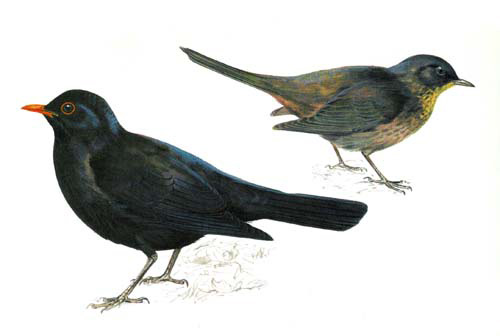 The blackbird is one of the most common birds in Europe.

The male has glossy uniform black plumage and bright orange-yellow bill and eye-ring.

The female has dark brown upper parts, lighter-brown under parts with an off-white paler throat. The bill is brown with very little yellow colouration.

Young blackbirds are paler and more rufous than the female and has noticeable streaks on the under parts. The young males have a blackish bill and browner mantle with dark brown legs. Partial albinos are quite common and can confuse the amateur observer.

Blackbirds run on the ground and hop quickly, with brief pauses. They can often be seen standing with head to one side listening for worms. When it alights on the ground, holds its tail open and raised while the wings are almost drooping. Flight is usually low and brief and although it may be seen in flocks, it is only truly gregarious on migration.

How long does a blackbird live?

Blackbirds have a relatively short life expectancy, generally living for between 3 and 4 years. This can vary as some do not survive their first year and others may live for longer – the oldest blackbird ever recorded was more than 20 years old.

Its usual note is a low ‘chook-chook-chook’ which develops into a strident chattering when alarmed. The blackbird also emits an insistent ‘cheek-cheek-cheek’. Its warbling and musical song is emitted when it perches on trees or buildings, or occasionally from the ground or bushes.

Blackbirds nest in hedges, bushes or trees and breed from late February in the South and from March or April in the North. Nests can also be found on buildings or crevices in walls. The nest consists of a solid cup of plant materials mixed with mud, and is lined with finer grasses and other materials such as pine needles. Four or five (sometimes up to nine) eggs are laid. These are light blue in colour with reddish-brown and grey speckles. Incubation is carried out by the female for eleven to seventeen days. The offspring are tended by both parents.

Blackbird eggs are smooth and glossy, measuring approximately 3cm in length. They tend to be either blue or green-blue, with red-brown speckling that can give them an overall brown appearance. They are found in nests made of twigs, mud and fine grass.

Where do Blackbirds live?

Blackbirds live in gardens, thickets, hedges and broad-leaved and coniferous forests. Also cultivated land, parks and gardens. They are common in towns and gardens.

What to Feed a Blackbird

Blackbirds feed on plants and animals, including fruit, seeds, insects and small molluscs.

What to feed a baby blackbird

If you find a baby blackbird out of its nest, you should not step in straight away as its parents may be nearby. However, if after watching it for some time, you feel that it needs feeding, mealworms and seeds as well as small berries and fruit are all important components of a blackbird’s diet. You can also feed them moist dog food or uncooked oats. 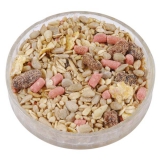 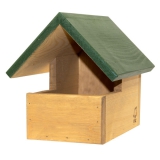 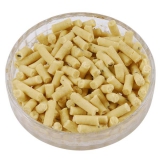 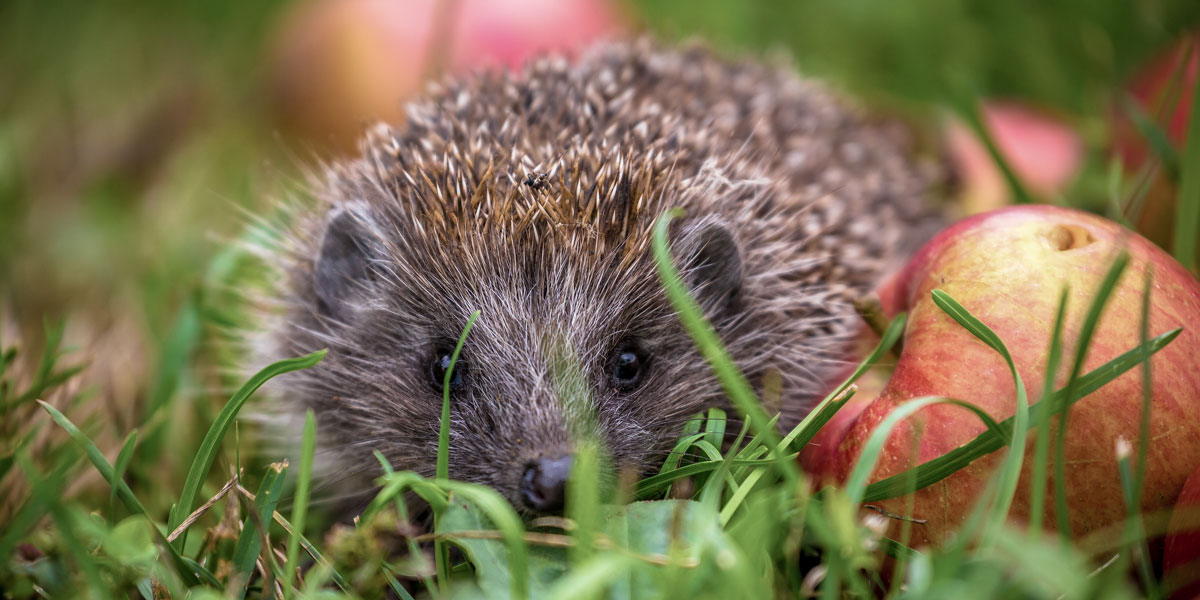 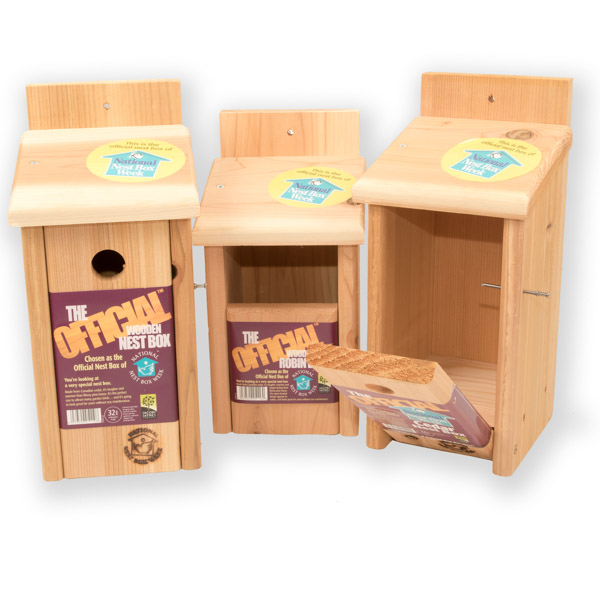 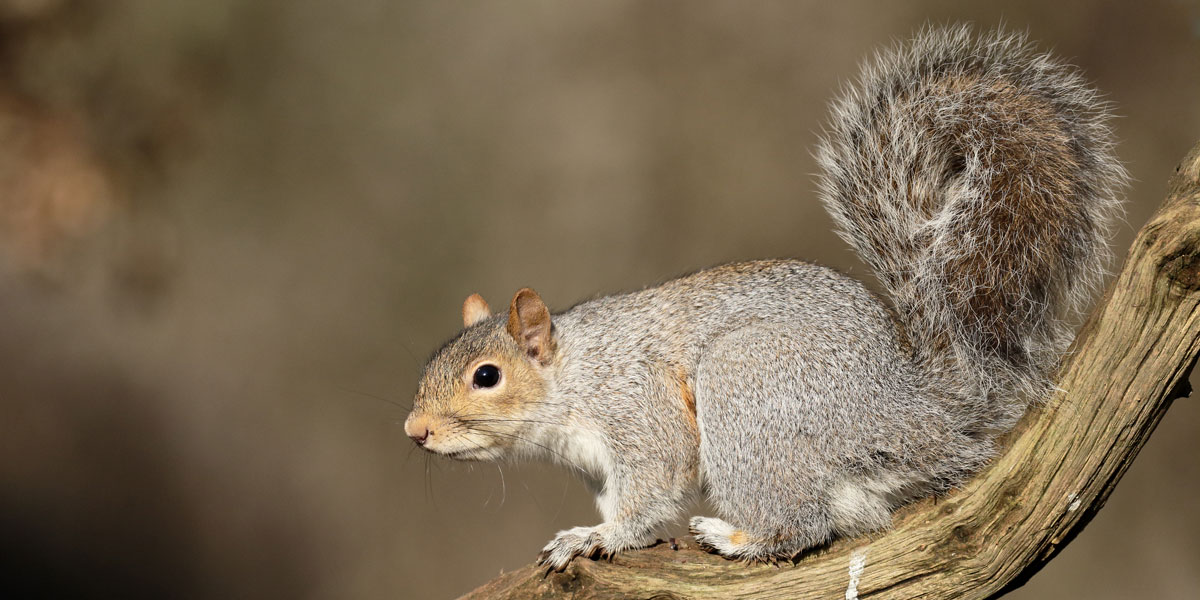