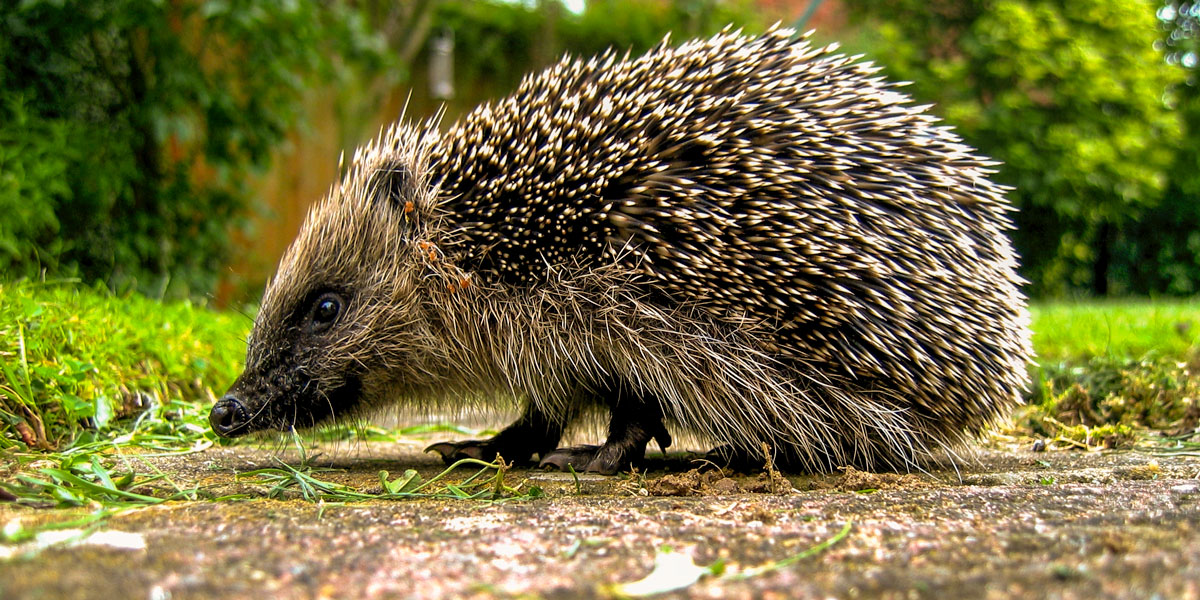 What do hedgehogs eat? Have you got hedgehogs in your garden? How to identify a hedgehog, and many more common questions answered.

An unmistakable small garden mammal with a body covered in sharp spines. The back and upper body parts are covered in spines that can be bristled. The spines stick out in all directions and when alarmed the hedgehog will curl up in a ball for protection.

The head, flanks and underparts are all covered in course brown hair. The ears are hairy and prominent, the snout is black, shiny and wet. The eyes are black.

Hedgehogs are nocturnal and can be found by listening for their surprisingly loud snuffling and rummaging in the undergrowth at dawn and dusk. Hedgehogs are also unexpectedly fast movers for their size and have also been seen climbing fences and trees.

Hedgehogs hibernate during the winter months in leafy undergrowth and can be easily killed by careless gardeners by digging compost heaps and burning garden litter without first checking for nesting animals.

Hedgehogs have no real natural predators due to their powerful protection, however cars kill a huge number each year.

What Noise do Hedgehogs Make

Hedgehogs make many noises and can be surprisingly loud for their size. Often huffing and puffing while searching for food they can also be heard hissing, snarling, growling, clicking and even screaming.

The presence of hedgehogs in gardens is often identified by the noise they make rather than by sight, as they snuffle through the undergrowth searching for food. This snuffling can be so loud they are often mistaken for large dogs and other animals before their identity is discovered. You can hear them from some considerable distance away.

They hiss when anxious and feel their personal space has been invaded, either by other hedgehogs or animals including humans. This means they want to be left alone. If they feel threatened, they’ll curl up in a ball and bristle their spines while clicking and snarling, making their body jump and convulse to drive the treat away.

If attacked or injured hedgehogs will scream. Their screams are indistinguishable from human cries and the police have been called out many times by worried neighbours thinking someone is in distress or being attacked.

Hedgehogs make a nest in leafy undergrowth in thick brambles safe from predators, disused holes, tree hollows and the like. They also take readily to man made cover such as garden sheds and purpose built hedgehog houses and homes. They will produce a litter of 4-8 young in June-August and will stay with the mother for about 40-days. In good seasons two litters can be produced.

Gardens, hedgerows and light woodlands, it avoids badgers which may prey on it but it is not concerned by humans.

Rare in open countryside nowadays urban areas and gardens in particular have become vital habitat and making a garden wildlife accessible and friendly is very important.

What do Hedgehogs Eat in the Wild?

For its size the hedgehog has a huge appetite.

We receive a lot of  hedgehog diet questions with some of the most popular being:

Hedgehogs are often first seen in gardens eating spilled bird food under feeders. They will be eating the seeds as well as all the insects and invertibrates that gather there. Small quanities of seeds and nuts are not harmful to hedgehogs but can cause issues if eaten to excess. See our article on hedgehog metabolic bone disease for more information.

Hedgehogs are opportunist feeders and will eat frogs that are small enough or slow enough to catch. While they do possess sharp canine teeth, meat is only a small part of their diet and normally only obtained by scavenging from carcasses.

Hedgehogs do eat snails but only small young garden snails and small species. They do not eat fully grown garden snails.

Hedgehogs are not keen on slugs due to the large quantity of slime they produce when attacked. However, a nice bite sized morsel of a slug that can be swallowed whole will be eaten.

Fruit and vegetables are rarely sought by hedgehogs. Fruit is occasionally consumed but does not make up any substantial part of their diet.

Cat food is a popular choice for feeding hedgehogs in the garden. It is cheap, convenient and contains a lot of useful nutrition. Some cat foods contain very high levels of protein and vitamins that hedgehogs cannot metabolise. We believe there are better options, see below.

Hedgehogs will eat any food they can easily catch or scavenge, including reptiles and snakes. However, they only make up a tiny part of their diet that mainly consists of beetles and other invertebrates.

Hedgehogs will eat left over bird food including peanuts but be wary! Whole peanuts can get caught in their teeth and cause real suffering. Do not feed whole peanuts to hedgehogs. See our advice regarding bird food further up this page.

Snakes, slow worms and other reptiles will be eaten by hedgehogs if they get the chance. However, they only make up a tiny part of their diet.

Vegetables do not make up any part of a hedgehog’s diet and studies of digestive tracts in wild populations only show incidental consumption of vegetable matter. Such food is probably picked up from their intended food item or the stomachs of their prey.

Dogs are omnivorous carnivores whereas cats are pure carnivores. Dog food tends to have more ingredients than cat food, along with lower levels of protein, vitamins, and minerals. As such, dog food may be preferable to cat food when feeding hedgehogs (omnivorous insectivores), due to the closer digestive anatomy of the two species.

Hedgehogs are lactose intolerant and therefore cheese, milk or any dairy products should never be given to them. While not poisonous, lactose will cause digestive upset, giving them diarrhoea and loss of condition.

Hedgehogs are opportunist scavengers and will pick at corpses and flesh. However, it is not recommended to feed cooked or raw meat in gardens as it quickly putrefies and can fill with harmful bacteria.

Hedgehogs are not considered to be carnivores, but there are first-hand accounts of hedgehogs eating carrion. Hedgehogs can be pretty tenacious creatures, catching frogs and lizards, so it’s not out of the question that a hedgehog could enjoy eating a baby mouse — but it’s certainly not common.

As previously stated, vegetables do not make up a part of a hedgehog’s diet.

Hedgehogs are lactose intolerant and therefore cheese, milk or any dairy products should never be given to them. While not poisonous, lactose will cause digestive upset, giving them diarrhoea and loss of condition.

Hedgehogs will nibble on fat balls made for birds if they have insects in them, such as fat balls which include mealworms. However, unlike birds, hedgehogs need a low-fat diet, so they should only nibble a fat ball occasionally — eating too many could cause serious health problems. And always make sure the fat balls you provide in your garden have no plastic netting.

In recent years feeding hedgehogs has become popular and many pet food manufacturers have started selling their food labelled as suitable for hedgehogs. Many of these are simply cat, dog, and even ferret food repackaged. Hedgehogs are not even distantly related to any of these species and have a very different anatomy and metabolism. Seek out a hedgehog food formulated specifically for hedgehogs such as Ark Hedgehog Food Original, to ensure optimal health.

Where to Feed Hedgehogs

Hedgehog food can be fed in the open or under cover, left out overnight as they forage and eat during the night. To prevent cats and foxes from stealing their food, you can use a purpose built hedgehog feeding station or place food under a low covered tile placed on top of house bricks.

Help Hedgehogs in your Garden 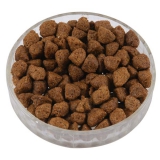 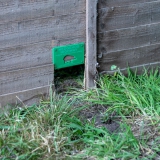 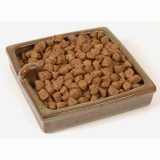 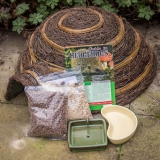 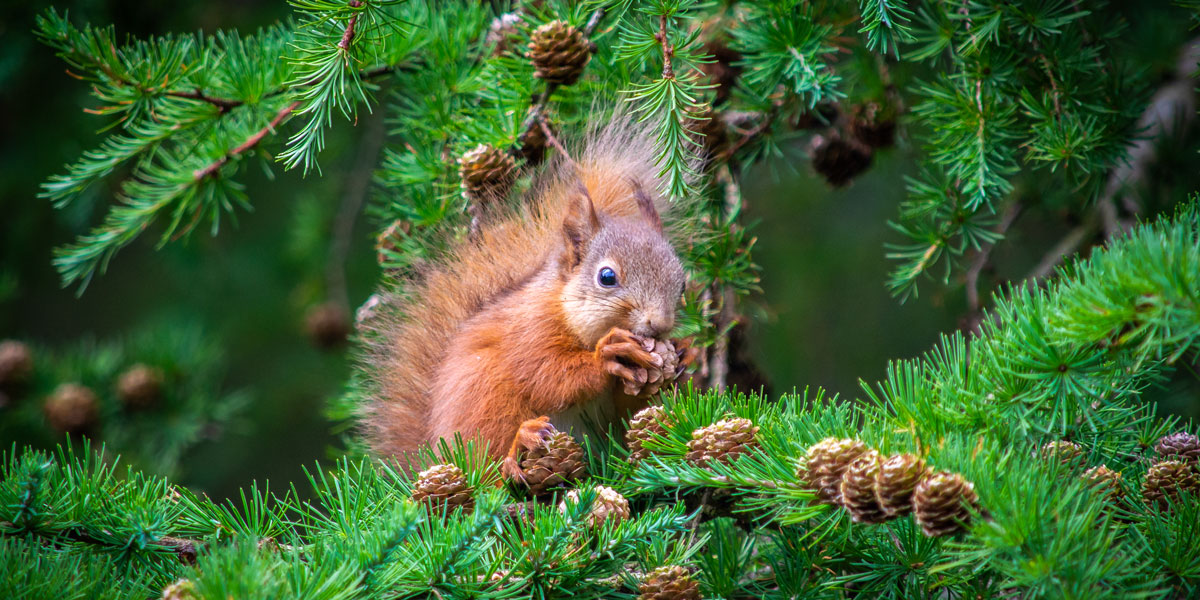 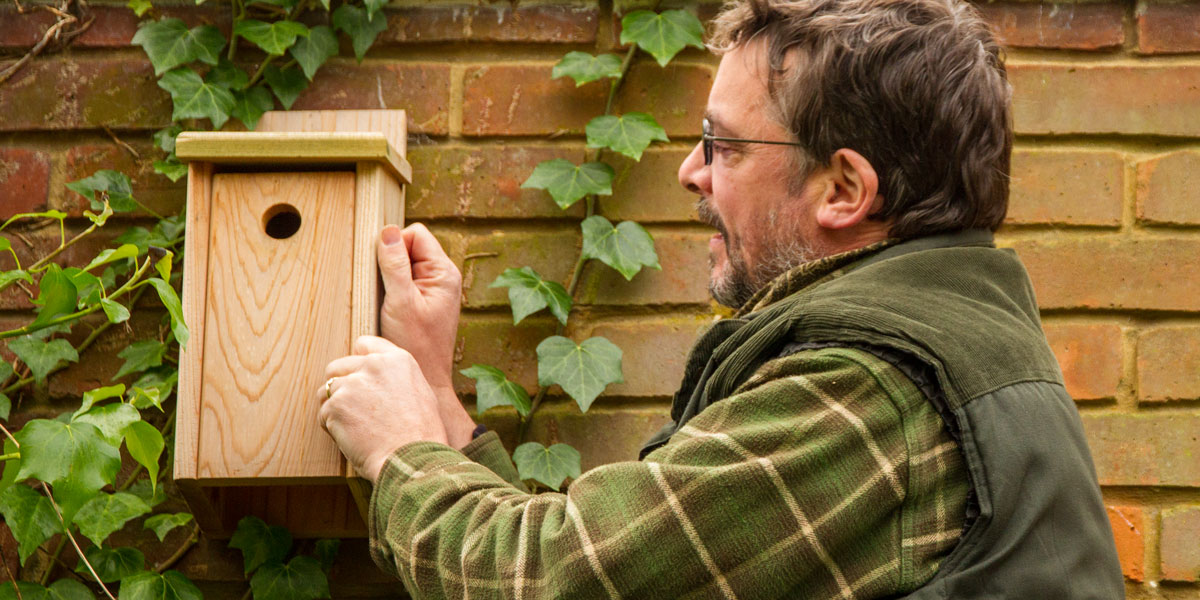 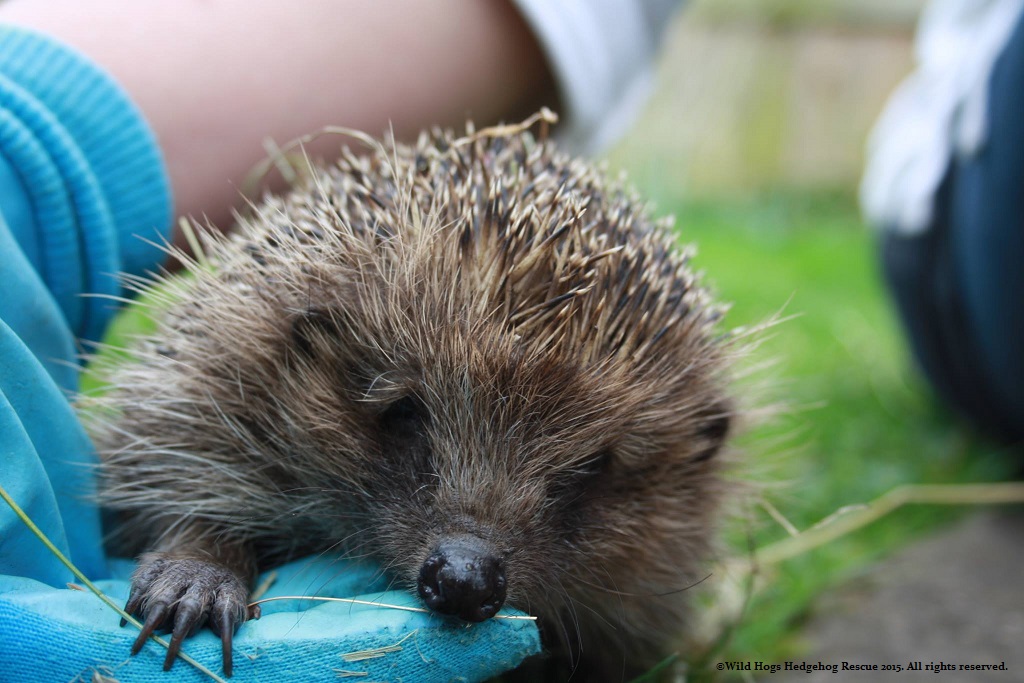 Hedgehogs in Spring: How you can help