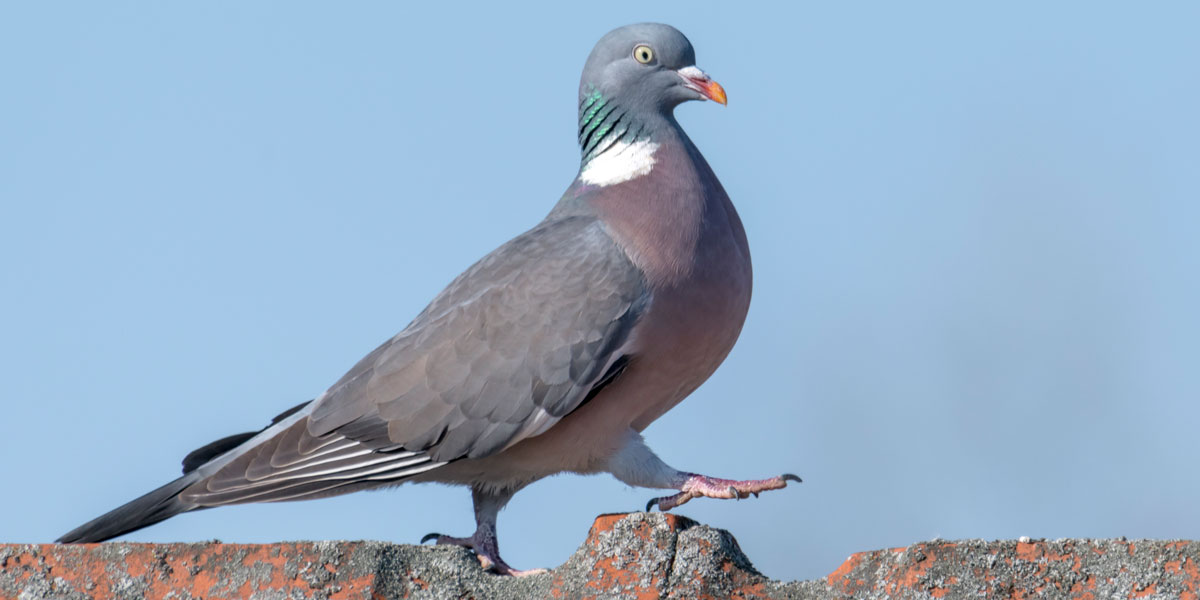 The Wood Pigeon is larger than other European pigeons, and is heavily built. They have uniform grey-blue plumage, with a broad white wing-bar and (in adults only) a very pronounced white patch at the side of the neck. The head and rump are darker than the rest of the plumage. Their flanks and belly are pale and their breast is a cloudy wine-red colour. The sides of the neck are an iridescent purple and green. Both tail and flight feathers are black. The legs are pink and the bill has a pink base and yellowish tip. Youngsters are paler and have no black on the neck.

Wood pigeons have red bills with a yellow tip, and iridescent green and purple feathers on their neck, with a white patch on the side. Their legs and feet are red. They have grey-blue plumage which is toned down and muted on their wings. Their eyes are golden or green.

You can tell wood pigeons apart from feral pigeons because the wood pigeon is fatter, waddling around your garden. Wood pigeons are bigger in size because they have a better diet and can find rich food more easily. Wood pigeons like to nest in quiet, green locations such as gardens, parks and woods. They will often choose a quiet location where there is water, such as a pond or river, nearby.

Feral pigeons have adapted to urban life and are thinner and have darker plumage. They choose to nest in abandoned buildings or roof spaces near to a water tank.

Breeding is from April to September. They nest on hedges or in trees.
They normally lay two white, smooth, slightly shiny eggs. Incubation is shared, although the female undertakes the major part. The squabs or young pigeons are fed on ‘pigeon’s milk’, secreted from the crop.

Do wood pigeons mate for life?

As humans generally find a life partner, we like to see animals doing the same! Pigeons are a loving lot and couple-up for life — long distances apart don’t affect their bond. The mating process is very ritualistic. A couple goes through different stages of a courtship, ending up with building a nest together.

The pigeon couple remain faithful to each other until they are separated by death. If one pigeon dies, the other will mate again.

It is difficult to tell the difference between a male wood pigeon and a female wood pigeon. Both have an overall grey appearance with a mauve pink breast. Their feathers also have turquoise and white, and the back of the neck tends to be greenish in colour. Both have a reddish beak with a yellow tip. Females appear to be slightly thinner and paler than their male counterparts.

How long does a wood pigeon live?

On average, wood pigeons have a life expectancy of between 3 and 5 years. However, they can live for significantly longer than this, sometimes for up to 15 years.

Where do Wood Pigeons nest? 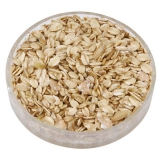 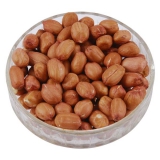 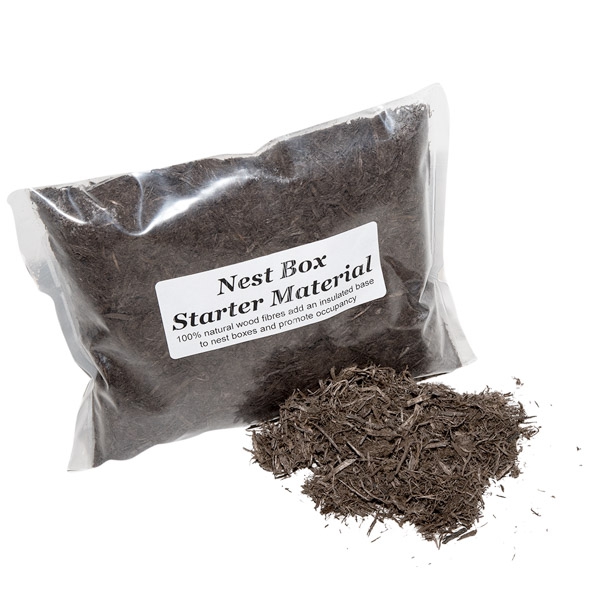 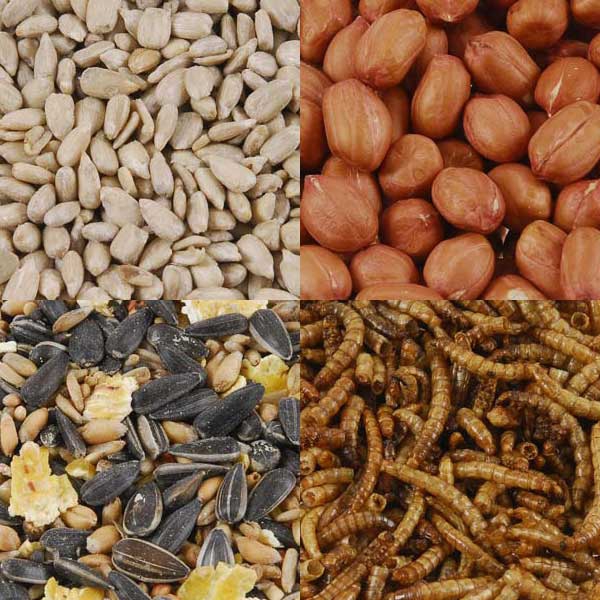 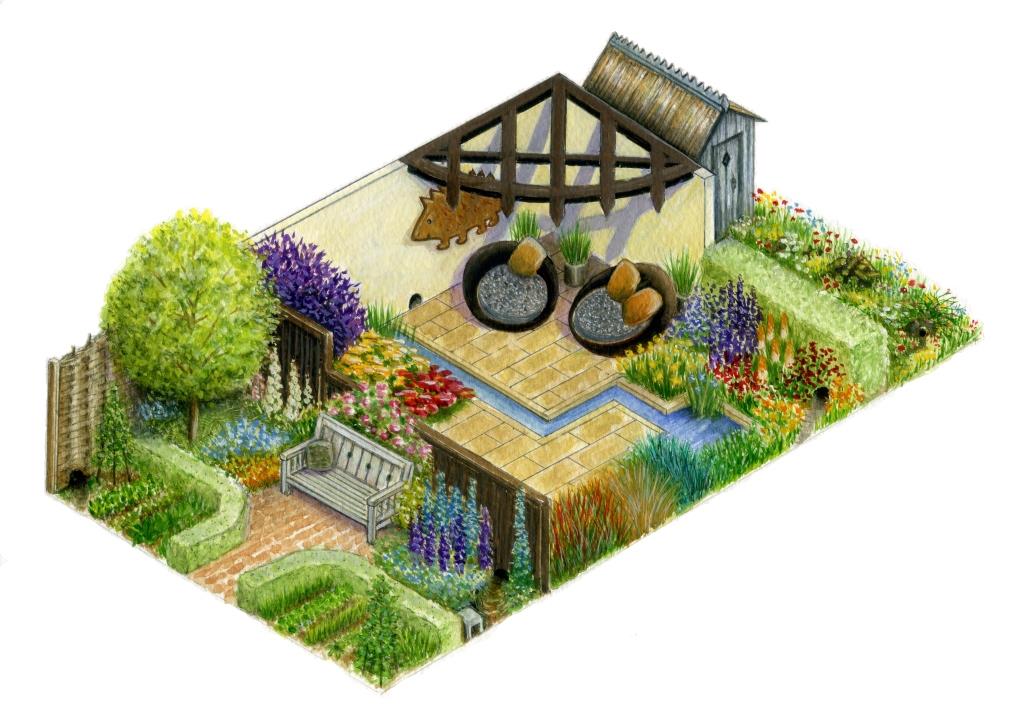 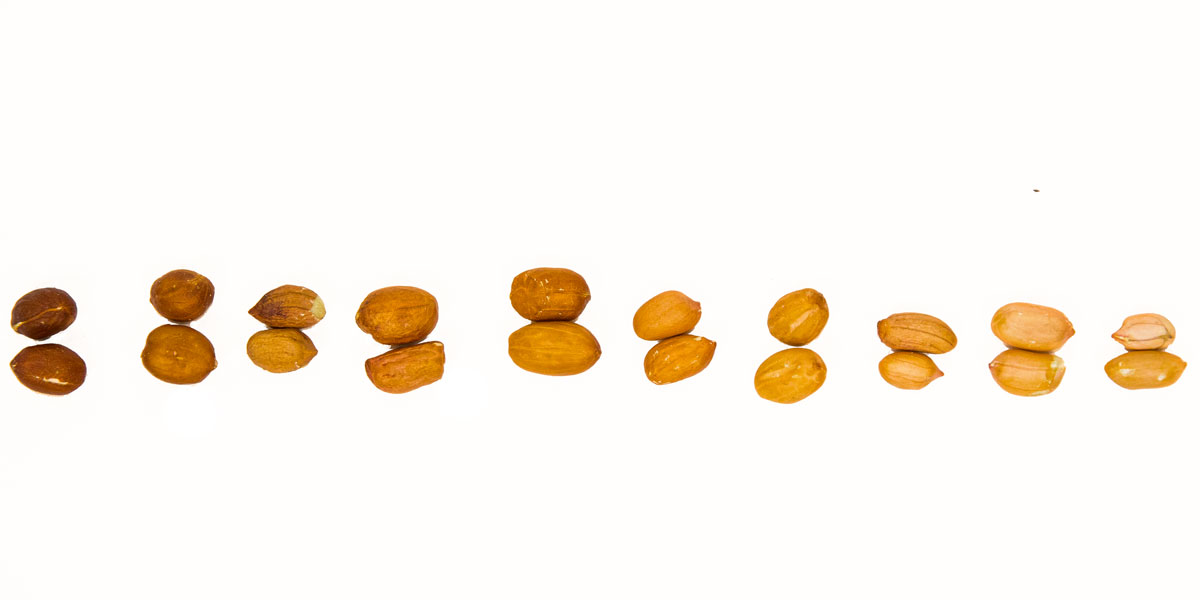